Every marketing team has a critical role in a company’s success or failure. The marketing team connects the market (voice of the market) to the product and service groups, the sales organization and to executive leadership.

It’s critical that marketing organizations understand and listen to three “voices”, each guiding how the business goes forward to success. They are:

Voice of the Customer/Consumer: Touching actual customers and prospects. Taking a broad approach. Researching to uncover unmet needs or areas of dissatisfaction in any current product or service offerings. Gaining feedback on actual solutions, satisfaction with channels of delivery, post-sale support experiences, communications, image, considered alternatives and levels of satisfaction and loyalty. It’s about measuring the overall customer experience and learning where new opportunity exists.

Voice of the Solution: Probing and discovering available technology options and their features and benefits. Understanding usability and experience and learning of advantage or disadvantage in support, documentation and delivery mechanisms. It’s about discovery of new areas for improvement, differentiation and accelerated advantage.

Voice of the Market: Researching competitive offerings, discovering new entrants and potential partnerships is key. Identifying and partnering with key influencers for market traction and identification of trends before they go mainstream. Also, validate new opportunities and market attack plans before heavy investment is made.

To obtain this needed information, here are some simple ideas for your consideration :

1. Customer Intelligence. Formalize regular, organized and consistent feedback mechanisms such as user/focus groups, surveys, and analysis that is impartial both at the regional and the global level. Look for consistent trends and polarized differences (this could be the make or break point for a certain brand, solution or product and service acceptance). Analyze sales, evaluation, purchasing and usage trends from your internal big data information sets to connect unknown or inobvious factors that customers seek. Finally take this feedback and adjust positioning and messaging in language that customers and prospects will understand.

2. Solution Intelligence. Fully evaluate various technology and product trends and associated vendors. Align known requirements to what the customer or prospect expects to receive, taking into consideration any feature, process or financial constraints that exist internally and externally. Evaluate solution acceptance and user experience feedback, then integrate everything early in the planning phases, development and ultimate delivery of the product or service solution.

3. Industry Intelligence. It’s important to put your finger on the pulse of your target industry early and often. Most companies undertake competitive SWOT analyses, based on current offerings and competitor perceptions. An even stronger method of gaining insight into the market characteristics is to conduct a series of simulation sessions, putting yourself in competitor’s shoes. Be prepared with historical data, current offerings and positioning, along with likely current and future sales strategies. Look broadly and deeply at upcoming disruptive technology, customer/user behaviors and economic trends that can influence how you go to market. Map out and size segments—both core and ancillary—then look for new core competence related segment opportunities.

These activities bring a much needed “outside in” viewpoint to key decisions and investments.

Successful case studies that prove these ideas can be found everywhere. We admit that some examples below are historically old; however, they perfectly illustrate why it is critically important to always have the voice of the market integrated into your business.

A. Apple iPhone. Apple did extensive Voice of the Customer studies (as is their culture) to understand what the market wanted, versus making something that they thought they could produce and hoping that the market would adopt. People wanted to navigate w/ the most intuitive tool available – their finger; they wanted to get rid of the small buttons and also wanted a usable screen size to do more than instant messaging. They also wanted to be able to bring together all their media and reduce the number of devices that they carried. The iPhone was the intersection of these needs.

A similar Voice of the Market approach brought about the Macintosh in 1984, Look at the Mac today—it is virtually the same platform/experience as what was introduced in January 1984, while all the other offerings announced at the same time have evolved over the past 23 years to look/act just like the Mac… This is a great example of where the Voice of the Customer and the Voice of the Solution came together in harmony to produce a sustainable market advantage.

B. AT&T “Friends and Family” Plan. AT&T wanted more customers during a time where their brand was suffering. All long distance carriers were pushing price, price and price. AT&T’s Voice of the Customer research pointed to the fact that the last thing people wanted was another long distance carrier and they were tired of the assault by all the different carriers. AT&T discovered that people used long distance calling to “bring together family members” or to catch up with what was going on in people’s lives. Therefore, AT&T switched their campaign from price to ‘”friends and family” (at the time, T-mobile grabbed the program for their mobile offering as the “Faves” program). Capitalizing on bringing people together, linking their family and friends together with lower rates, AT&T had a huge wave of new customers who, incidentally, ended up locking themselves into longer and more expensive rate plans. If AT&T hadn’t undertaken a Voice of the Customer approach, they would have remained focused on price alone and not had the success that they did.

C. VHS v. BETAMAX: OK, we admit that some of you who read this may not even know what this is. Think the old VCRs from when you were a kid. OK.

In any case, in the 1970’s, cable TV was taking off leading to an explosion in programming. People wanted to see new programming but couldn’t because they were working or traveling. So, Sony and Toshiba set out to create a “video cassette recorder” (VCR) that would allow people to record TV shows/movies and view them later. Sony took the traditional product oriented approach allowing technology to drive decisions, aiming for video/audio quality as the highest goal—expressed in their BETAMAX format. Toshiba, on the other hand, extensively canvassed the marketplace and found out that the customers wanted to be able to see their TV shows/movies at their convenience and didn’t care so much about the quality of the video/audio—the customer wanted it inexpensive—so, VHS was created and delivered. In the end, VHS became the standard for over 15 years and beat out BETAMAX as it aligned with the marketplace’s needs, not the product technician/engineer’s needs.

D. Google. Very simply put, simple and fast. The two guys, Brin and Page set out to create a search engine that didn’t get in the way because they had heard from fellow Stanford students and others that the traditional search engines were not doing it right by delivering too much unnecessary content and serving information too slowly—notwithstanding that content delivered was not applicable to search criteria due to primitive search rules.

Google upset the status quo by creating a search engine that was easy to use, intuitive, simple and extremely fast. Google listened to the market and went in a completely opposite direction as all other search engines and the rest is history. If Google had taken the traditional approach, the product could have ended up looking/acting/feeling just like everyone else. And the rest is history!

D. IKEA. Ingvar Kamprad (the IK of IKEA), in 1951, realized that traditional furniture businesses weren’t the future. He saw that people were becoming more mobile, that tastes changed over time and that customers were more impulse driven. He also realized that traditional furniture businesses relied on a an approach where you saw what you wanted and then waited for it to be constructed and delivered (sometimes up to a year after purchase).

IKEA conducted research in Sweden and across Europe, discovering that people wanted a different approach to selecting and buying furniture and furnishings. They wanted a large variety, showcased in a large showroom, available for immediate pickup and offered inexpensively. He opened his first showroom in 1953. IKEA is now the largest furniture maker/seller in the world.

There are also examples where the Voice of the Market was left of, out or misused in, the process which led to failure.

– Device Bay. In 1996 Compaq sought to differentiate its upcoming desktop products by undertaking a comprehensive planning process, combining all elements of the Voice of the Market. A new technology was on the horizon that allowed for “hot swap” of disc drives and other storage devices which did not require rebooting the PC. The product team felt this technology had great potential to differentiate in an otherwise “commodity” marketplace. The planning process was flawless. However, the end result was flawed in that the data that showed that customers were not willing to pay a premium price for the new technology.

– New Coke. In the cola wars, Pepsi had been making great strides through their taste test advertising. People were defecting to Pepsi in large numbers—especially younger people who tuned into the “Pepsi Generation” advertising. IN response, Coke thought that key to renewed success was a new flavor, one that was more sweet and “peppier” than the original Coke. So, they created and launched (in 1985) the “new coke”.

At the introduction of the “new coke,” Coke ceased production of the original Coke. The introduction and following financial results showed these decisions to be a disaster as loyal Coke drinkers created a market revolution of protest and boycott. In fact, defections to Pepsi accelerated, where Pepsi overtook Coke as the largest cola soft drink. Because of the instant, negative market reaction Coke reintroduced “Coke Classic” (the original formula) just 90 days after the new coke introduction.

What was the mistake?  Coke didn’t listen to their customers. By discontinuance of a well entrenched favorite, replacing it with the new coke, they infuriated a very loyal customer base.

The Sharper Image never undertook complete Voice of the Customer activities. If the Sharper Image had, they would have realized that the storefront was to became showcase for fun and interesting gadgets. And that once the customers tried the product, few would actually purchase. Prices steadily increased to pay for premium retail locations and inventory carrying costs. To combat this, the Sharper Image determined to lower costs and to get even more product into the market by going back to a catalog format without changing or lowering prices on products that nobody really needs. The Sharper Image focused on the ‘cool’, innovative ‘gadget’ technology and not customer purchasing criteria and need. The Sharper Image is gone.

The Afterburner Group has accurately connected markets to businesses in the technology, energy, services, manufacturing and non-profit industries for over 25 years.

If you think that you need to reconnect with or improve how you integrate the market into your business, fill out the contact form below and we’ll explore how to do this and how you’ll benefit by new opportunity and profitable demand. 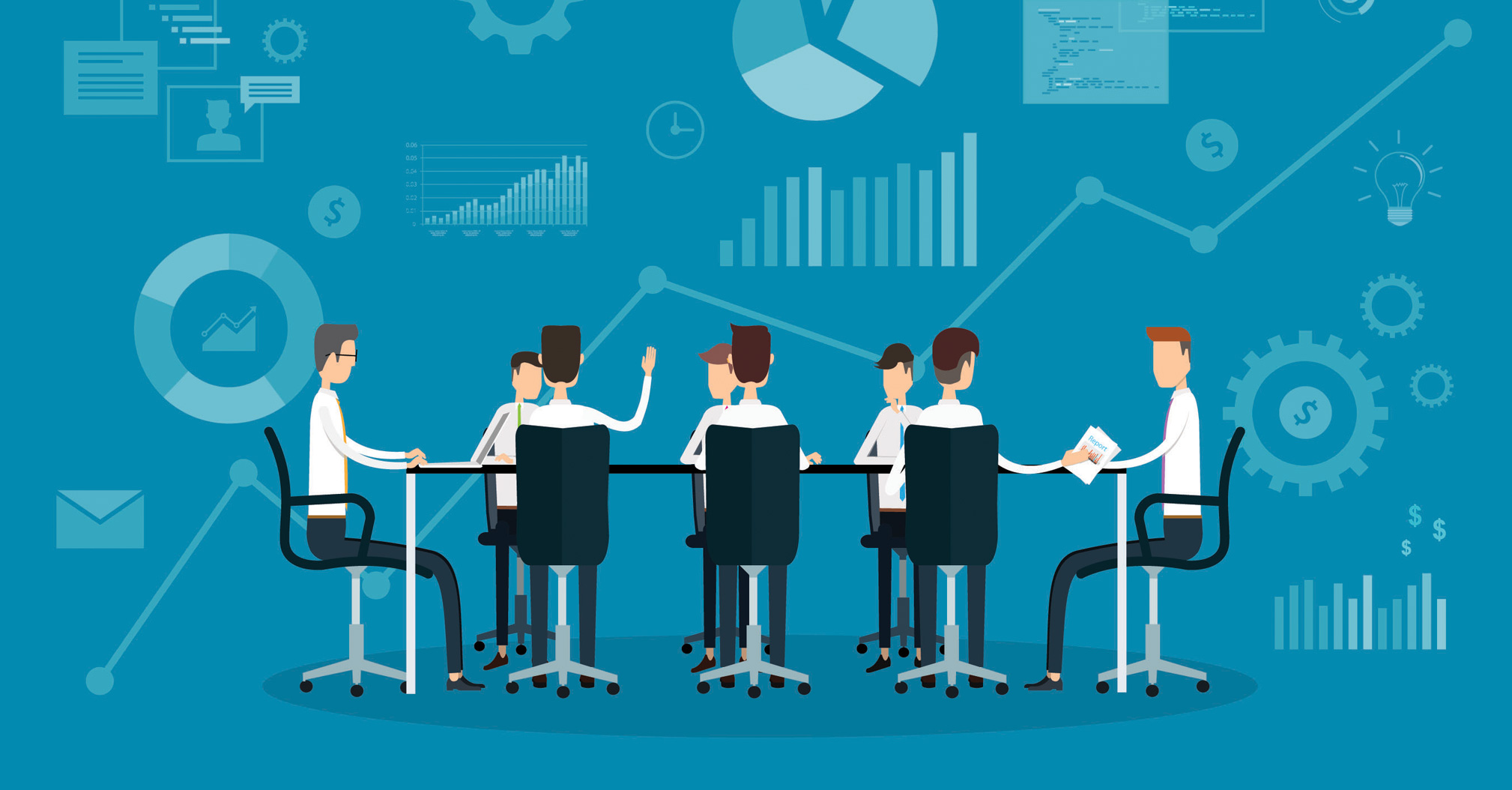